"No Such Thing as a 'Sure Thing'" or "In Christ Alone" 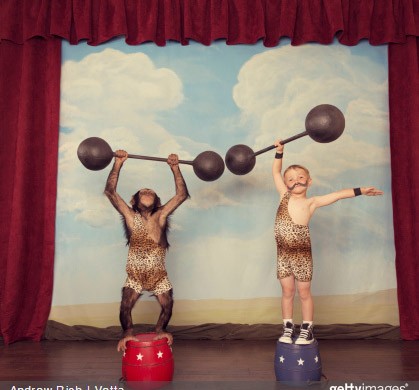 Famous last words. I wonder how many people in history have said these infamous words, possibly without my ’90s punk verbage. I can see Napoleon at Waterloo pulling it off well. “Guys, I’m totally not as short as you think I am. Also, I got this!” (Napoleon was 5’6″, in case you were wondering) For Napoleon, that statement didn’t get him very far that day. Or General George Custer: that turned out poorly too. When your battle has the words “Last Stand” in the title you know it went poorly for someone. I also imagine this is what just about every person who’s gone over Niagara Falls in a barrel has said too. “I got this.”

There are times, however, where this works out for the speaker of this fickle phrase. Confidence and vibrato are occasionally bundled with talent like Muhammad Ali’s butterflies and bee’s knees. Actually, to be fair to Napoleon, it usually worked out pretty well for him too.

There are two people in the Bible I see exemplifying both sides of this concept perfectly. Saul and David. Saul was big and tall and everyone thought he would make a great king. Saul didn’t agree at first, but he was gradually convinced. Saul began his reign as Israel’s first king well enough while he understood that he didn’t have all the chops necessary, and relied on God in his kingly duties. But eventually, with enough victories under his belt, Saul began to think they were his victories, and that he really did have the chops. “I got this.” he said, and took over the responsibility and credit for what God had done.

David was small and freckly and played a harp (not the manliest instrument, sorry guy-harp-players). No one thought David would make a good king. David agreed. David knew he didn’t have what it took to muscle a bear and a lion when they threatened his sheep, or take on the giant Goliath, but he knew God did. David spent most of his life saying, “I don’t got this, but I know the one who does.” And those negative times in David’s life that we remember most vividly always came when David decided that he didn’t need God at that particular moment — thank you very much — and he could handle things just fine on his own. David always came to his senses after a while though, coming back to God and admitting his pride and arrogance.

In his last days, “Saul’s Last Stand” claimed both Saul’s and Johnathan’s lives. Saul died fighting the Philistines under his own strength, knowing that God had left him. David (despite several bumps along the way) died an old man in his bed, blessing his son Solomon, and with a promise from God that one day the Messiah would come from his line.

At the beginning of our support raising we were petrified. We had no idea what we were doing. We were afraid of doing everything incorrectly, or afraid that it could never actually be completed. We were also terribly worried that we would come across as salesmen instead of passionate people with direction from God. Then we got some training, and met with some wonderful, WONDERFUL people who encouraged us and got behind our hope and calling. We got comfortable. We found a rhythm, a cadence, and an assurance that if we just kept on, we could do this. “We got this,” we said.

And then the holidays hit. Opportunities to meet with individuals and families nearly dried up. It wasn’t really just the holidays, though. I believe that in our assurance that we could make this happen, God decided to bless us (and I mean that) with a hard lesson. We found that if we couldn’t meet with people, we couldn’t share our passion and vision. We couldn’t converse and share and be amiable and do community. We had no control, no belief that we really could do this. And God said, “Finally! You get it!”

And while we can’t do this thing, God can and he will, and he has proven that to us over the last month. We know he will continue to prove it over this our last year in America. He will do what is impossible for us to do on our own, and he will get ALL the glory for it, Amen.