“Opportunity Lost” or “I’m not buying you another one” 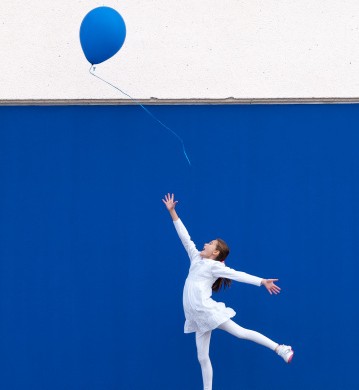 Phew! Our time of raising up ministry partners is in full swing and we couldn’t be any happier with what God has done already. We’ve had opportunities to meet with great people and I believe God has used us to raise awareness for the depth of need in Japan, and for the opportunities he is presenting to his people to meet those needs. This Sunday we had the chance to be “introduced” to our home church in partnership with them as full-time missionaries to the people of Japan. It was great to hear the affirmation of our calling and the excitement shared by our church family! Following the service there was a time where we celebrated a group of folks from our church who were involved with a VBS to a local trailer park. Part of the celebration was giving each individual a bright, star-shaped mylar balloon. Inevitably those balloons were handed to smaller hands, and almost immediately proceeded to make their way to the furthest parts of the ceiling, leaving the children to bemoan their slippery digits, blame their parents, or simply make sad quiet snuffling noises in their sleeves. Help was generally nearby in the form of a long arm, a ladder, or a fifty foot pole-and-duct-tape sticky spear, so most of the lamenting was short lived.

Rewind to the previous week for a moment. I was reading an article posted by another missionary about the new opportunities for the gospel in Japan. In this article, another missionary (not affiliated with the poster) — on expressing his views of Japan’s past resistance to the gospel and on future missions work there — was quoted succinctly as having said, “Japan had their chance”. Now I don’t pretend to know this missionaries heart, and Japan’s reputation as a very difficult place for the gospel has been no secret, but after reading this my heart broke a little bit more inside me.

So what on earth could these two snippets of story have in common? Well for those of you who have experience with children and balloons, you know that it’s only a matter of time before they disappear into the great blue yonder. (the balloons that is, not the children… or maybe both if there were a lot of them… balloons I mean). There are so many reasons those shiny slippery strings evade our children’s tiny grasping fingers to find freedom in the stratosphere; they don’t pay attention, they ignore warnings, they get distracted, they want to experiment and just see what happens, etc. Now if the balloons are free, there’s very little to lose in getting the sad kid a new one. You might be persuaded to buy them another one if you shelled out for the first purchase, and if they were pitiable enough (not likely in my house). They may or may not lose that one too, but really, it’s just a balloon, and it costs us little to nothing. Then after the second or third tiny bubble of o-zone decimation makes its heaven-bound journey, something changes and we no longer wish to provide an infinite supply just to watch it slip through their hands. There is a limit to the number of chances we give them to pay attention, or listen to warnings, or stop experimenting with our money and time.

The Kingdom of God is not a balloon. First, it is costly. It cost Jesus everything to win it for us, and there are no substitutions. Second, Jesus wants us to have it because it is good, and because he spent so much on it. He wants us to experience and enjoy his kingdom with him for eternity. Third, while we draw breath there is never a moment where the Kingdom of God is forever out of our grasp.

God is not like us (and everyone said, Amen!). He is not like us parents who get tired of providing chances for little, unskilled hands to grasp things beyond their comprehension. He does not have a “three strikes” rule. Most importantly, he does not discount an entire population of 127 million people because of one generation’s stiff-necked attitude. To say that Japan “had their chance” is to say that the rest of us are lost and hopeless. When have we not been (or are not) stiff-necked and stubborn and committed to our own way? But when, with Ninevah, and David, and Peter, and Paul, and the nation of Israel only like a billion times, has God not said, “There’s still time, come follow me.”? God has not forgotten Japan, and when God remembers you for long enough sometimes you start to remember him too. The people of Japan are stirring, and God is calling them away from their self-imposed darkness into the days of his Kingdom on earth. The celebration will be epic. There might even be balloons there.