"Stuck in Traffic" or "What I Learned in the Waiting" 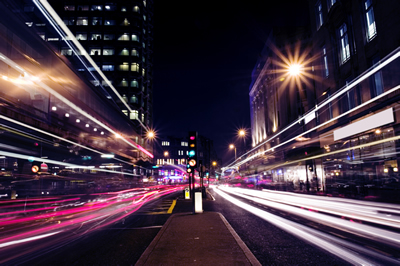 Some of you may recall that I previously wrote about operating entirely under God’s strength instead of our own. That post came about because God stopped the moving freight train that was us.

We had been operating under our own power for a few months, attempting to do our “typical ministry routine” and expecting that results would follow simply because we kept to the schedule. God -in his great mercy- put a halt to it, and called us into a time of learning. It was time to go to school.

God spent several weeks cluing us in to the depths of support raising and partnership development that we hadn’t delved yet, or even known existed before. If you aren’t a missionary, before you tune out I want you to know that lesson number one is “It’s not about me”, which means there’s a good chance it could be about you. Yay!

This one was easy to figure out in one respect, and very difficult as it relates to lesson #2 (just be patient, I’m being cryptic). Obviously, our whole call to Japan is not about us. It’s not about a nice, slightly goofy family moving to a distant country and making life work, like some sort of reality show. It’s not about building our ministry or just making friends, it’s about God’s glory and his heart and passion for the nations. That means that whatever we do here is for the same reasons as well. We meet with people and share the vision God has given us because it’s all about HIM and HIS plans. Simple enough. Moving on to…

Not “me” you, “you” you. God revealed that the reason why we send out newsletters and make phone calls and invite people over for cookies and tea is because it’s about offering the opportunity to join with God in The Great Commission. This made sense to me, but God added a new depth to it that took some time to get used to. This means that it really doesn’t matter if you become part of our team or not. Scary thought, right there. “Is he crazy? Doesn’t he WANT to go?” Yes I am, and of course I do. Obviously if we are sharing our goals with you, it’s because we think you would make a great member of the team. Let’s say though, that meeting with us jogs your memory of another dear friend or brother or sister who has plans to be God’s hands and feet in a different culture. Let’s say that God really wants you to connect with them. Perhaps their ministry is one that will ignite your heart for something similar in your neck of the woods, or be something you can get behind as a life-long ministry partner? Our responsibility is to reveal the opportunity to involve yourself with God’s work and let the Spirit do the actual directing. He very well could direct you to join with us. That would truly be wonderful, and we most likely will ask you to! But so long as it gets your mind thinking about missions, we’ve done what God is asking of us. Now that leads me to #3.

Lesson #3: I shouldn’t be embarrassed, and neither should you.

Deep breath missionaries. IN (ph-ooo), OUT (p-uuuuh). #3 hinges on the first two. Since it’s really all about inviting people to the work that God is doing across cultural borders, inviting someone on your team is really just inviting people into that same calling. You happen to be one of those works! You are inviting on God’s behalf and with his authority and blessing.

And if you are the person on the other side of those lemon scones and green tea, you are getting an invitation to serve with God. When we all get to heaven (what a day of rejoicing THAT will be) you will hold a share in the work God has done through those you’ve come alongside and given to, or prayed for, or visited overseas with Reese’s cups and deodorant in your duffel bag. God counts your part in the kingdom building as being as important as ours. How exciting is that! You’ll never have to eat natto (<click there) or durian (<there too) in order to spread the kingdom! You can thank Jesus now, they are both foul, evil things disguised as food. So are onions.

Here’s the biggie. This is a theme spread throughout scripture. Jesus says “He who is faithful in a very little thing is faithful also in much“.  I used to think of our time here as separate from our ministry in Japan. This is not so. Whether I’m inviting people to join in the great commission or inviting people into the Kingdom for the first time ever in their lives, my attitudes and motives will likely be the same today as they will be in a year or two or ten. And they should be too! If we simply follow the schedule and make the donuts, and don’t bother to put a lot of spiritual and physical effort into things now, it will be more difficult to do that work later when we have a new culture and language to learn. If I don’t treat my responsibilities to people here and people in Japan as equal, I am doing a disservice to one or both. If it’s more important to bring people into the kingdom (evangelism) than it is to teach them how to live in it (discipleship) than the system is broken. These things are one-and-the-same, a continuation of a lost son or daughter from “prodigal” to “beloved”, clothed in white and casting crowns at the feet of our King.

So overall, what did we learn in our waiting? Well, that God usually tells us the “how” first and the “why” later. I’ve learned that I don’t know as much as I think I did, and that God will always surprise me because he is far above my reckoning and entirely accounting for. Also, God won’t settle for a life lived by a script, and hallelujah he didn’t let us settle either.